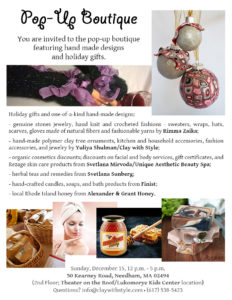 Directed by Mikhail Kalatozov (Russia, 1957, 95 min.). 35 mm. In Russian with English subtitles. The only Soviet film to win the Cannes Palme d’Or, The Cranes Are Flying is a masterpiece on every level—direction, cinematography, acting, editing and soundtrack. Filmed in 1957, as Nikita Khruschev’s Thaw was gaining steam, it upended the tight controls and platitudes […] 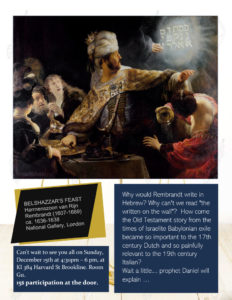 Belshazaar's FeastHarmenszoon van Rijn Rembrandt (1607-1669)ca. 1636-1638National Gallery, London Why would Rembrandt write in Hebrew? Why can't we read “the written on the wall”? How come the Old Testament story from the times of Israelite Babylonian exile became so important to the 17th century Dutch and so painfully relevant to the 19th century Italian? Wait […] 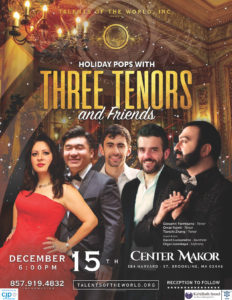 Three Tenors, three powerful, athletic and beautiful voices, three critically-acclaimed artists – Giovanni Formisano, Omar Najmi and Tianchi Zhang – will perform some of the most gorgeous music ever written: from opera to Broadway, to Neapolitan song, and to Hanukkah song. Among the selections are “Nessun Dorma”, “La Donna e Mobile”, “Core ‘Ngrato”, and many […]