Murder on the Titanic Two 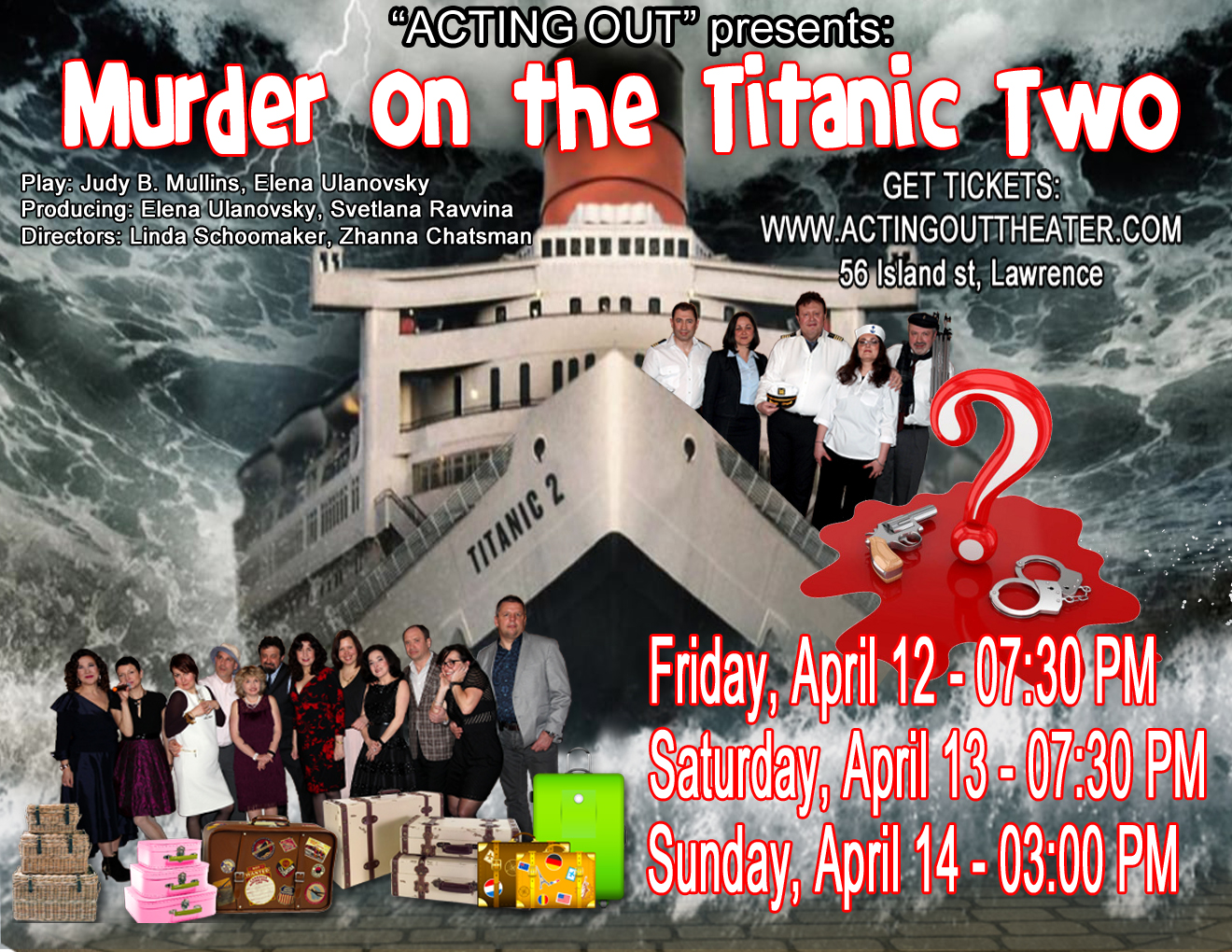 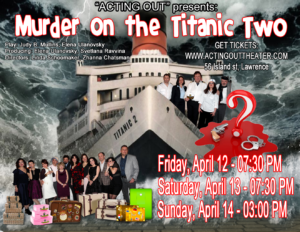 «Murder on the Titanic Two,»

based on original play, written by Elena Ulanovsky and American co-writer,

which will be performed in our local ”Acting Out” theater by “Andover Outing” theater group!

See familiar faces, bring your support and encouragement! Enjoy the modern comedy! Laugh out Loud!
There are only 3 shows, April 12/13/14, and tickets go fast!

Language: English
Hope to see you there, free wine and “killing” brownies are provided 🙂

Murder, mystery and mayhem abound on the inaugural cruise of the Titanic Two. Join our heroes, Capt. Stanislav and his crew, as they face off with contract killers, a wayward mermaid, the Doctor and his aqua-phobia patient and Paul, the Dead Guy, in this hilarious high sea adventure!