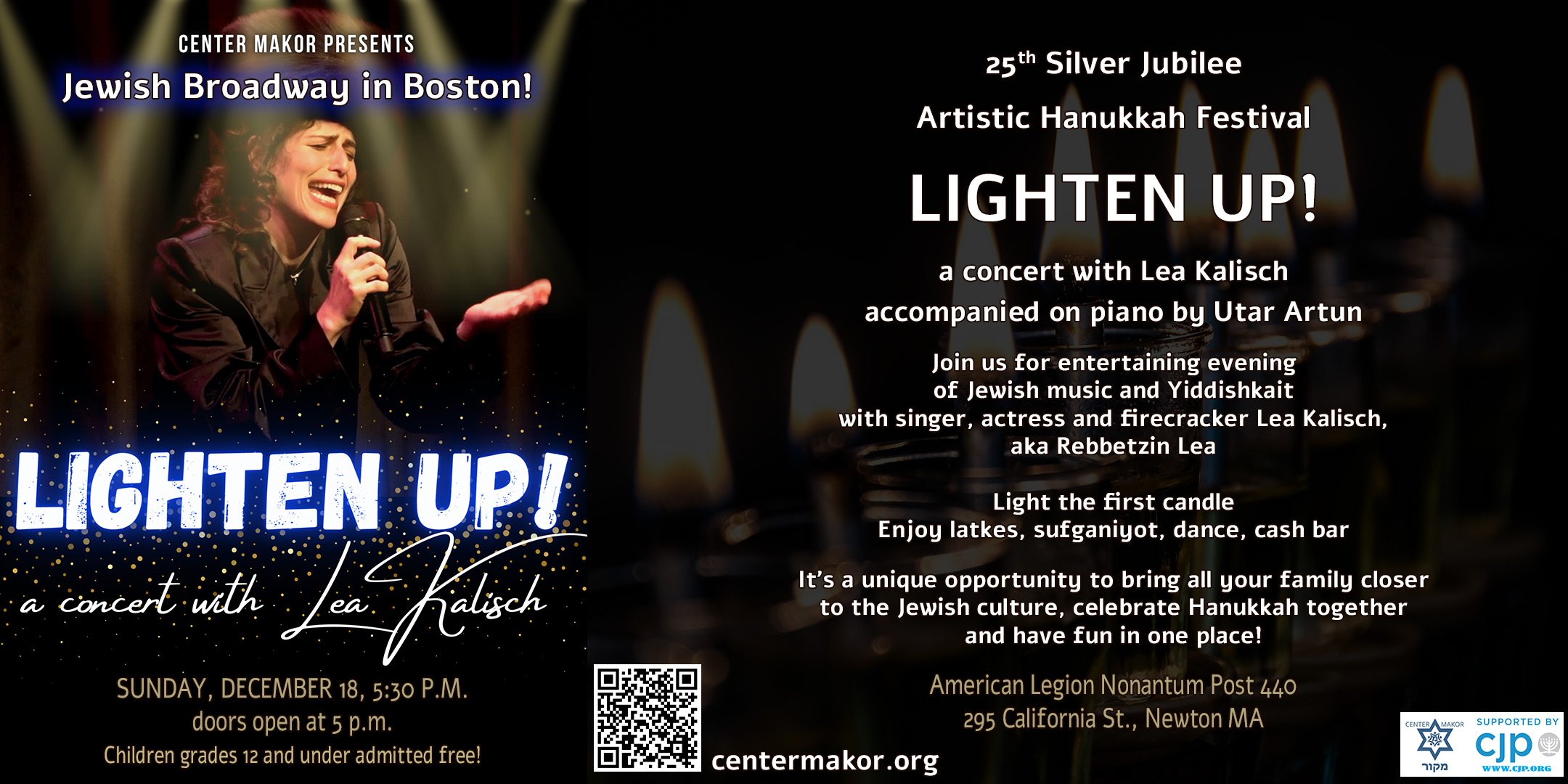 a concert with Lea Kalisch
Accompanied on piano by Utar Artun

Join us for entertaining evening of Jewish music and Yiddishkait with singer, actress and firecracker Lea Kalisch, aka Rebbetzin Lea.

It’s a unique opportunity to bring all your family closer to the Jewish culture, celebrate Hanukkah together and have fun in one place!

One-of-a-kind Jewish musician Lea Kalisch, a 28-year-old native of Switzerland, said that her dream gig is to perform in Yiddish at the Super Bowl half-time show.

Since the NFL hasn’t called — yet — the singer is making do with writing and performing her own humorous, original songs.”

Swiss-born actor Lea Kalisch is 25, exuberant, confident, athletic, with high energy and a sense that everything is possible. She loves New York, loves being around Jews. All sorts of Jews. And she loves to dance salsa. While she lives in English these days, she speaks French and German fluently, and also knows Yiddish, Spanish, Italian and some Hebrew.”

​Hi Lea, what role has risk played in your life or career?

People who don’t take risks are boring. I always look for opportunities where I am forced to step out of my comfort zone, which is risky, but it’s thrilling and keeps things interesting for myself and others. If I want to become better at what I do, I have to take risks, I have to try new things, I have to fall on my face- there’s no way around it.​”

You can read more reviews, testimonials, and learn more about Lea Kalisch on her website.