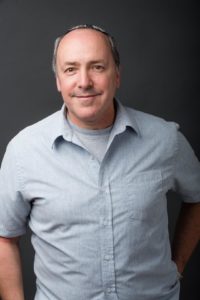 Vladimir Foygelman was born in Kiev, Ukraine (former USSR). He graduated from Kiev State Institute of Culture (now Kyiv National University of Culture and Arts) in 1989 with a Master’s Degree in choreography and administration for community and sport centers. As his Diploma project Vladimir choose to choreograph dance “Shtetl”, the first Jewish theme choreography composition since creation of the University.

In 1993, with a group of Jewish young adults, he started the congregation of Reform Judaism, Ha-Tikvah.

As Program Coordinator for the AMERICAN JEWISH JOINT DISTRIBUTION COMMITTEE office in Kiev, he developed the Kiev City Jewish Club for Young Adults. At JOINT he planned and coordinated the Jewish Folk and Israeli Dance seminars as well as the educational and cultural programs.

He was the Founder and Executive Director of the Jewish Art and History School at the Israel Informational and Cultural Center for the Embassy of the State of Israel to Ukraine. (Kiev, Ukraine). Vladimir developed the school’s curriculum in collaboration with Congregation Ha-Tikvah, with support from the Israel Folk Dance Institute in London, and educational programs from the Jewish Agency for Israel, and JOINT.

Since 1997, after his arrival in the United States in 1996, he founded and produced the Annual Artistic Hanukkah Festival in Boston, which has become a successful annual cultural event in the Russian-Speaking Jewish Community and continued to be the oldest Russian Jewish Festival in North America.

In 2005, with the help of CJP, SCM, JCC and other Jewish organizations in Boston, Vladimir established the Jewish Educational & Cultural Center Makor, and became its President and CEO.