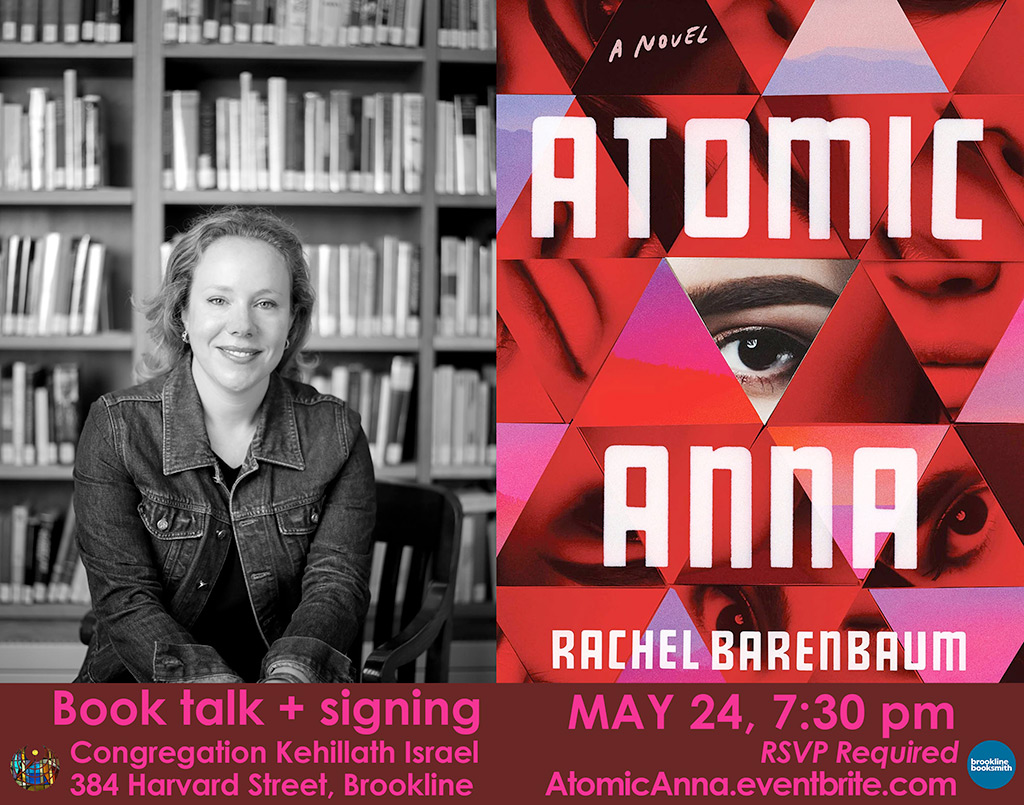 In Person & on Zoom.

ATOMIC ANNA is an epic adventure where three generations of women work together and travel through time to prevent the Chernobyl disaster and right the wrongs of their past. As the three heroines fight to avert the greatest nuclear disaster of the 20th century, they grapple with the power their discoveries hold. Just because you can change the past, does it mean you should?

Join us for a conversation with author and Congregation Kehillath Israel member Rachel Barenbaum, taking place in person as well as on Zoom on Tuesday May 24th. Book signing to follow the event. Rabbi David Starr will interview Rachel and moderate the discussion.

“A story of three generations of women and the secret history that binds them, Rachel Barenbaum’s ambitious second novel, Atomic Anna, moves seamlessly through time and space, from the Russian Revolution to late-20th-century Philadelphia. It’s propulsive and intimate and surprisingly relevant to these past two years, when time has so often felt sharp and amorphous all at once.” – LA Review of Books