Virtual & free for all

Join us on ZOOM at vievma.com/babiyar80

Anna Shternshis, Ph.D., Al and Malka Green Professor of Yiddish studies and director of the Anne Tanenbaum Centre for Jewish Studies at the University of Toronto

Concert-learning – The history shared through music and poetry.

Registration in advance is required. Registration and program information: actionpsj.org/babiyar80

Join us on ZOOM

We appreciate help and support of Action of Post-Soviet Jewry, CJP, Center Communities of Brookline, RJCF, Synagogue Council of Massachusetts, Consulate General of Israel to New England, and Shaloh House. 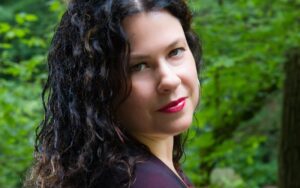 Neshama Carlebach is an award-winning singer, songwriter and educator who has performed and taught in cities around the world.  A winner and four-time Independent Music Awards Nominee for her most current release, Believe, Neshama has sold over one million records, making her one of today’s best-selling Jewish artists in the world.  Neshama has been a cornerstone of major Jewish music festivals across the U.S. and globally, performing in front of thousands at countless concerts and gatherings for audiences of all ages and backgrounds. As a teenager she performed alongside her father, the late Rabbi Shlomo Carlebach. As the first then-Orthodox woman of her generation to perform for a mixed-gender audience, Neshama has sparked public conversations with brave forays into the place of women in Judaism and today’s world. During the worldwide pandemic, Neshama was able to pivot and transform her work platform. From her home studio, Neshama performed/participated in over 300 Zoom events, ranging from fundraisers to gala events and life cycle moments where she was able to provide solace, comfort and uplifting music to communities around the world. As the global situation evolves, Neshama is looking forward to continuing to connect with communities virtually as well as through in-person performances. Neshama lives in New York with her husband Rabbi Menachem Creditor, and their five children.

Stanislav/Stan Antonevich has been playing violin since the age of 3. He is an orchestral, chamber, and solo performer, as well as music teacher and director. Stan holds Masters Degrees in both classical and jazz violin performances, and an Artist Diploma in solo performance, all from Longy School of Music. He has received honors in multiple international competitions, including first prize at the International Dvarionas Competition in Vilnius, Lithuania (at age sixteen). Stan has served as concertmaster with several symphony orchestras in Massachusetts and nationwide. He is currently the concertmaster and assistant concertmaster of the Massachusetts Symphony Orchestra. He enjoys sharing his music with his students and the public; his performances are known for moving interpretations and arresting delivery that touch the soul.