I Named My Dog Pushkin 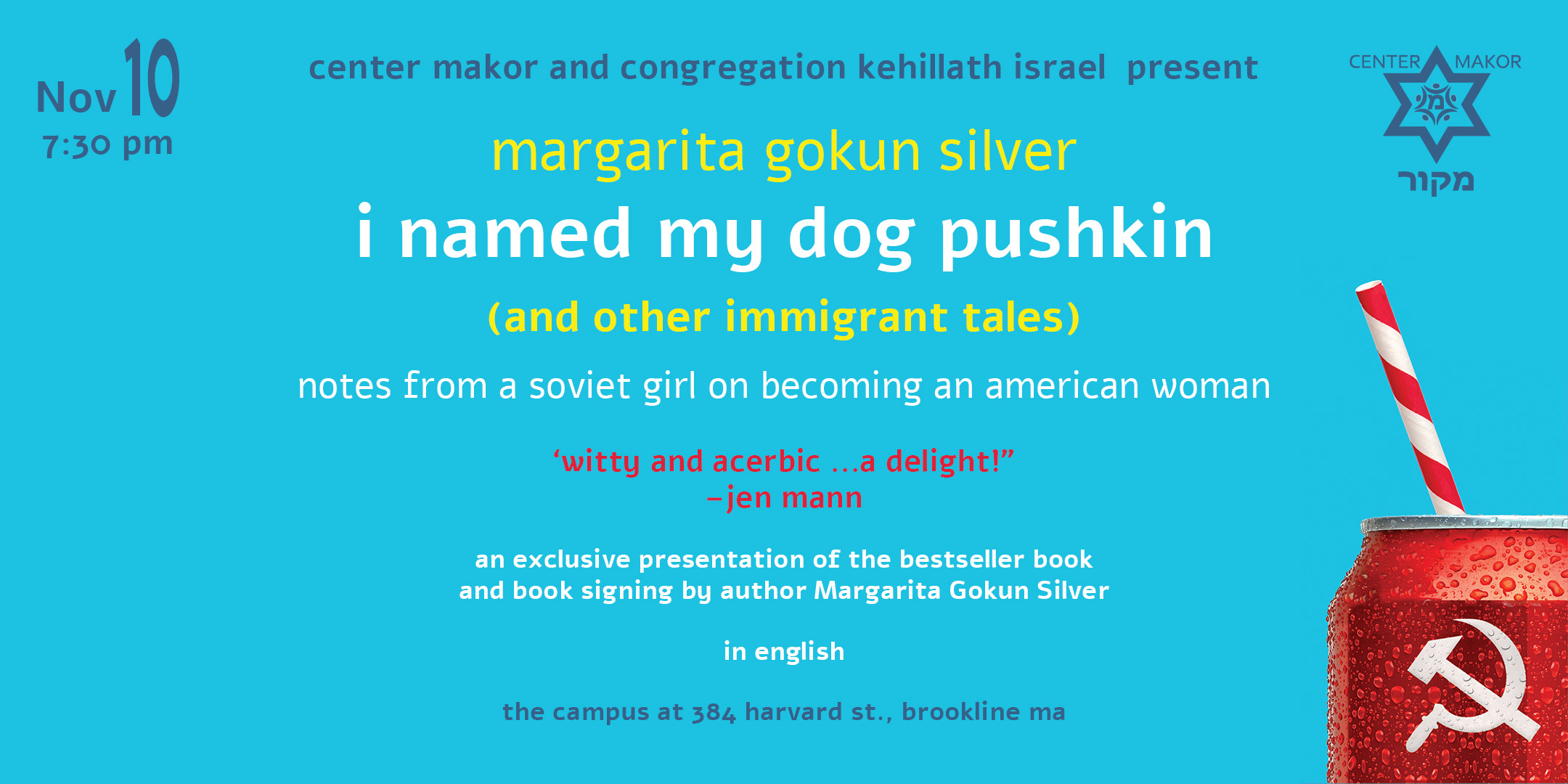 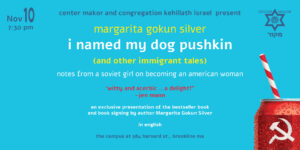 I Named My Dog Pushkin (and Other Immigrant Tales):
Notes From a Soviet Girl on Becoming an American Woman

An exclusive presentation of the bestseller book and book signing

Musical breaks will be provided by Liliana Glik

“Buy a pair of Levi’s, lose the Russian accent, become an American…how hard could it be?”

Margarita Gokun Silver is a freelance journalist, essayist, and novelist. Her articles and essays have been published in The New York Times, The Washington Post, The Guardian, BBC, NPR and The Atlantic, among others. Find out more about her work on http://www.margaritagokunsilver.com/

Read more about the book at https://www.amazon.com/dp/B091FPY38M/

Those who buy a ticket but decide not to attend in person can join us over Zoom. Zoom link will be emailed to all the attendees; you will have to pour your own drink, but we will mail you the signed book after the event.

Read an interview with the author.

Electronic version of the book is also available on Amazon 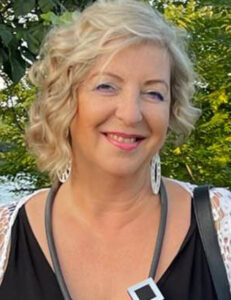 Liliana Glik originally from Lithuania, is a professional singer/performer of Jewish Folk Music in Yiddish and Hebrew including popular songs in English, Russian, French, Armenian, Georgian, Ukrainian, and other languages.

Her passion for music stems from her early childhood and runs deep within my family. A graduate from Lithuania’s National Music Academy and the Vilnius Conservatory with a major in vocal and choir conductor.

Throughout the years she performed all over the former Soviet Union and around the world. She is a Silver Medalist and is a winner of the “Fan – favorite” prize of the Jewish Music Festival in Kharkiv, Ukraine in 1991. In Boston, Liliana joined as a soloist at the Jewish Musical Theater “Firelech” in Boston, Massachusetts.