MIGRATION and MEMORY: Songs and Romances at Faneuil Hall 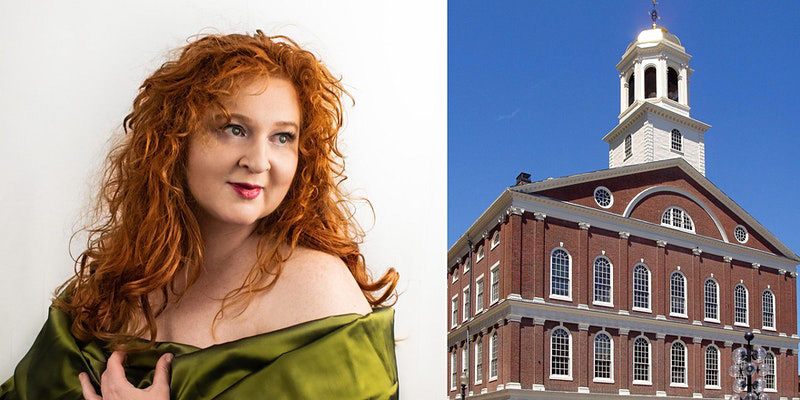 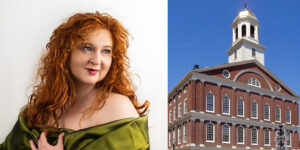 Join us for our first concert of 2021, in a series being recorded at Faneuil Hall! The program explores emigres from the Russian empire who settled in the US, UK, France and Israel, and the music they wrote about their original as well adopted homelands. Register to watch >>

Migration and Memory: Songs and Romances features music by IRVING BERLIN, SASHA ARGOV, MORDECHAI ZE’IRA, ARNOLD PERLMUTTER, as well as RACHMANINOFF, GLAZUNOV and PROKOFIEV, among a total of 12 composers, who lived in 6 different countries (complete program on Eventbrite >>). This series is the product of BRAI’s new collaboration with the Ancient and Honorable Artillery Company of Massachusetts (established in 1638). The performance, recorded live earlier this month, lasts an hour. The premiere on the 31st will be immediately followed by a real-time Zoom conversation with the musicians and other viewers. Learn more at migrationmemory.eventbrite.com >>

Links to the unlisted Youtube page for the concert video as well as the Zoom Q&A will be emailed to registered attendees both 24 hours and 2 hours before the premiere starts. The video will remain available for a week and registration for on-demand viewing after the 31st will stay open. Sign up to watch >>

Ticket purchases and donations are shared by BRAI and the artists, with BRAI’s portion supporting the maintenance and restoration of the piano. Free registration is available. 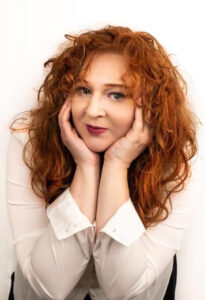 TANYA BERTIER started her musical training in Krivoi Rog, Ukraine before earning a Bachelor’s in Vocal Performance at the Jerusalem Academy of Music and Dance followed by a Master’s at the Buchmann-Mehta School of Music in Tel Aviv. Initially a lyrical mezzo soprano, she performed as a soloist of Women Vocalise Ensemble, and took on operatic roles such as Carmen (Carmen) and Polina (Dame de Pique). With time and experience, her voice has evolved to full dramatic mezzo. Ms. Bertier commenced her US career with two productions of Hansel und Gretel at the New York Opera Forum and the New York Lyric Opera (interpreting the roles of the Witch and Gertrude, respectively). Other roles followed, including Santuzza (Cavalleria Rusticana), La Zia Principessa (Suor Angelica), Amneris (Aida), Azucena (Il Trovatore), Madame de la Haltiere (Cendrillon), and of course Waltraute (Götterdämmerung) Erda (Das Rheingold) and Fricka (Die Walküre) from the Wagnerian repertoire. Ms. Bertier recently made her Carnegie Hall debut in the Opera Showcase program and was chosen as a finalist of the Wagner, Strauss and Mahler International Vocal Competition. 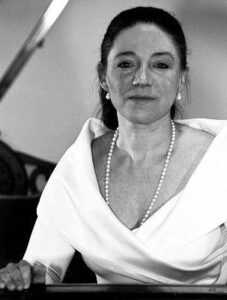 SIMA KUSTANOVICH is one of the Northeast’s most sought after pianists. Hailed by the Worcester Telegram & Gazette for the “extraordinary intensity and brilliance of her playing,” she has performed in acclaimed international venues, including France’s Courchevel Chamber Music Festival, New York City’s BargeMusic, Toronto’s Royal Conservatory Chamber Music Series, Niagara on the Lake Music Festival, Summit Festival, Sweden’s St. Jacob’s Cathedral, Hungary’s Matthias Cathedral, Prague’s Hlahol and major cities of Russia, Austria, Italy and Estonia. Currently on the faculties of Clark University, where she is a Distinguished Artist, and Walnut Hill School for Performing Arts, she previously had appointments at the St. Petersburg Conservatory and the famed Leningrad Opera and Ballet Theater.

THE ANCIENT AND HONORABLE ARTILLERY COMPANY is a service organization preserving historic and civic traditions of Boston, Massachusetts, and the United States. The oldest chartered military organization in the western hemisphere, the Ancients have had their headquarters and Museum on the fourth floor of historic Faneuil Hall since 1742. Historically, members of this Company have served in every Massachusetts colonial war and national conflict since the company’s founding in 1638. Today they participate in national holiday celebrations, add a measure of pomp and pageantry to the great events of our city and the Commonwealth and turn out for special commemorations. Learn more about the Ancients >>

This collaboration is possible thanks to the generous gift of a 1926 Steinway Model M baby grand from Bliss I. Rand, MD. BRAI’s instrument has been placed in the AHAC Museum at Faneuil Hall to enable live concerts to be held by both organizations. The virtual format is currently a necessity, but we look forward to holding in-person concerts when the building reopens to the public. If you would like to support the restoration and ongoing maintenance of the piano, you can do so through our Piano Fund campaign >>.