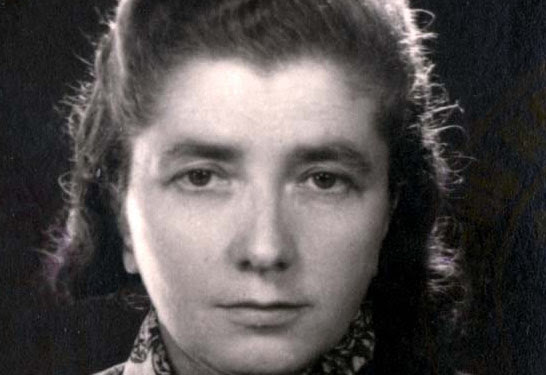 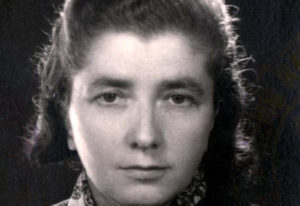 In two weeks, the Fortunoff Video Archive for Holocaust Testimonies will host the first ever international symposium dedicated to the legacy of writer, historian, and documentarian Rokhl Oyerbakh (Rachel Auerbach). Keynote will be delivered by Samuel Kassow, author and professor of history: “We Fulfilled Our Mission’: The Legacy of Rokhl Oyerbakh.”

Rokhl Oyerbakh was a writer, essayist and a member of the Oyneg Shabes underground documentation effort in the Warsaw Ghetto. As one of the only survivors of Oyneg Shabes, she helped recover buried documentation after the war before emigrating to Israel. As a survivor-historian, Oyerbakh’s work to document first-person accounts of victims’ experiences continued as Director of Yad Vashem’s Department for the Collection of Witness Testimony. She was responsible for curating survivor testimony for the Eichmann trial, and played a prominent role as a survivor-advocate in the controversy surrounding Jean-François Steiner’s book Treblinka. These are but a few facets of Oyerbakh’s important contributions to our understanding of the survivor experience and the history of the Holocaust.

Laura Jockusch, Albert Abramson Associate Professor of Holocaust Studies at Brandeis University, on Rokhl Oyerbakh: “The goal of this conference is to shed light on a woman who repeatedly made important intellectual and cultural achievements throughout her life – from the interwar period to the postwar. Oyerbakh and her allies understood the critical need to document the traumatic historic events unfolding in front of her eyes, with the hope that someday, someone would write the history of this great destruction, commemorate the dead, and bring those responsible to justice. Her work then, and her work at the fore of collecting the testimonies of survivors postwar, contributed significantly to our understanding of the survivor experience, and of the history of the Holocaust as a whole.”

9:30AM to 10:30AM Keynote by Samuel Kassow, Charles H. Northam Professor of History, Trinity College. Paper: “We Fulfilled Our Mission:” The Legacy of Rokhl Oyerbakh

In 1979, the Holocaust Survivors Film Project began collecting video-taped interviews of Holocaust surivors in the New Haven area. In 1981, the collection was donated to Yale University and The Video Archive for Holocaust Testimonies, part of the Yale University Library, opened its doors to the public the following year. The Fortunoff Archive as been working to record, collect and preserve Holocaust witness testimonies — and facilitate the work of researchers, educators and the general public — ever since.

The Fortunoff Archive currently holds more than 4,400 testimonies, which are comprised of over 12,000 recorded hours of videotape. Testimonies were produced in cooperation with thirty-six affiliated projects across North America, South America, Europe, and Israel, and each project maintains a duplicate collection of locally recorded videotapes. The Fortunoff Archive and its affiliates recorded the testimonies of willing individuals with first-hand experience of the Nazi persecutions, including those who were in hiding, survivors, bystanders, resistants, and liberators. Testimonies were recorded in the language the witness preferred, and range in length from 30 minutes to over 40 hours (recorded over several sessions).