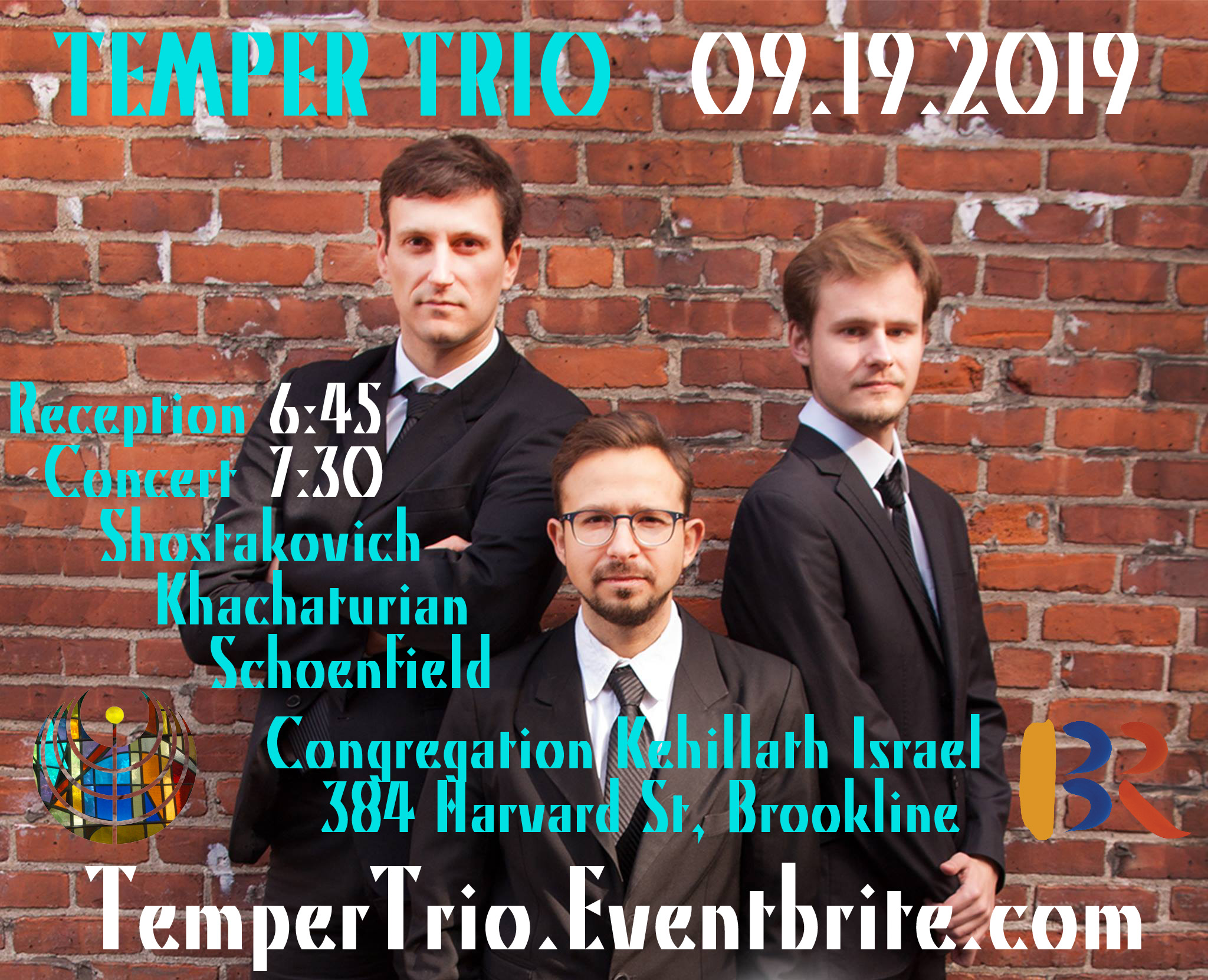 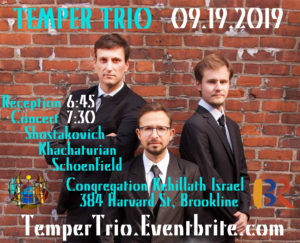 BRAI and Congregation Kehillath Israel present a classical trio with Eastern European roots currently in residence at the Longy School of Music in Cambridge. The concert is preceded by a light welcome reception.

The centerpiece of the program is American composer Paul Schoenfiled’s Trio for Clarinet, Violin and piano, a work deeply influenced by Eastern-European folk music, particularly Hassidic Jewish and klezmer sources, as well as Shostakovich and Prokofiev. This work is “an ingenious blend of artistic ensemble, instrumental virtuosity, and deliberately fragmented references to melodies that might well have been heard at various Hassidic courts in Europe.”

The concert also features an early composition by Armenian-Soviet composer Aram Khachaturian, composed in Moscow in 1932 while Khachaturian was studying with Nikolai Myaskovsky, but premiered in Paris on the initiative of Sergey Prokofiev. The lyrical work, with influences from Armenian as well as Uzbek folk melodies, is a rare and wonderful chamber piece by a composer better known for his work for large ensembles.

Last but not least, Shostakovich’s Pieces for Clarinet, Violin and Piano feature short passages of expressive and lively music influenced by his youthful days as a pianist in a silent movie theater. Later in life, Shostakovich also explored folk music influences, particularly–under the influence of his friend Mieczyslaw Weinberg–Jewish ones.

Trained in Serbia, Ukraine and Lithuania, respectively, Milos Bjelica (clarinet), Liubomyr Senyshyn (violin), and Paulius Pancekauskas (piano) have all won competitions and awards and performed internationally as solo musicians. They met while pursuing advanced graduate study at Longy to perfect their craft, and decided to form a chamber ensemble. Temper Trio, as they called themselves, has been enthralling audiences with the tantalizing sounds of this unusual combination of instruments and a distinctive Eastern-European repertoire since 2018.

A Professor of Composition at the University of Michigan Paul Schoenfield is also a dedicated scholar of the Talmud and of mathematics.

Senior citizen discount available for door sales only: $25 tickets for those 65 or older with proof of age.

Tickets cannot be refunded but can be transferred to a different attendee.