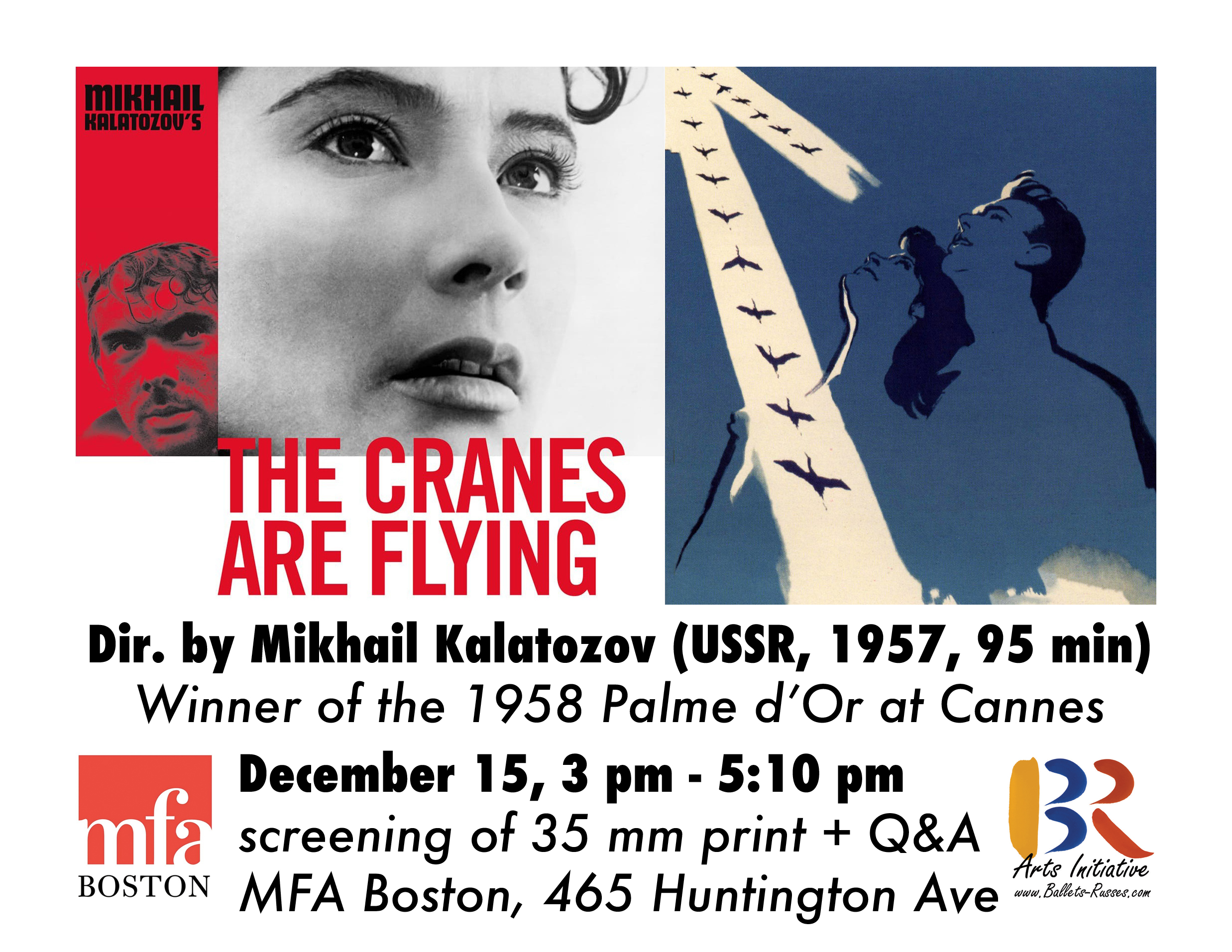 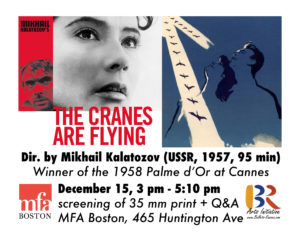 The only Soviet film to win the Cannes Palme d’Or, The Cranes Are Flying is a masterpiece on every level—direction, cinematography, acting, editing and soundtrack. Filmed in 1957, as Nikita Khruschev’s Thaw was gaining steam, it upended the tight controls and platitudes of the cinema industry in the USSR, and also left its mark internationally, especially for its mobile camerawork and expressive editing. That it did so despite being a war movie, defying all the expectations of rote patriotism and telling the stories of everyday, imperfect people touched by the maelstrom with subtlety and sympathy, is even more remarkable.

The Cranes Are Flying catapulted its Georgian-born director, Mikhail Kalatozov, together with his close collaborators, cinematographer Sergey Urusevskiy and lead actress Tatyana Samoylova, to international fame. One other contributor, composer Mieczyslaw (aka Moisey) Weinberg, only began receiving his due recognition much later. Imprisoned near the end of the Stalin era, discriminated against for being Jewish, and overshadowed by his close friend Dimitri Shostakovich, the talented and prolific Weinberg rarely had his music performed for much of the Soviet era, and survived by writing film scores. This screening of a 35 mm print of this iconic film is held to celebrate the centenary of Weinberg’s birth (December 8, 1919), and is the first of several, the rest to come in 2020, exploring his work in cinema and beyond.