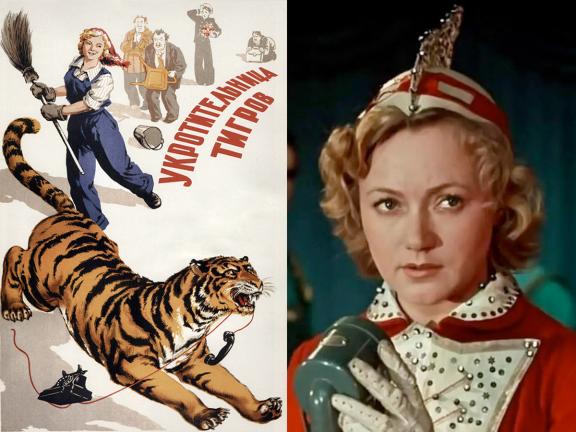 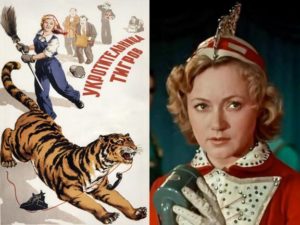 Tiger Girl is about a young woman from a circus family who doggedly pursues her dream to perform with tigers against the objections of everyone around her. Filled with a rich tapestry of sound (the score was Mieczyslaw Weinberg’s first for a feature film) and fabulous performances, this charming and thoughtful film was co-directed by Nadezhda Kosheverova. It was also the cinematic debut of iconic actress Liudmila Kasatkina and legendary Soviet tiger tamer Margarita Nazarova. Learn more