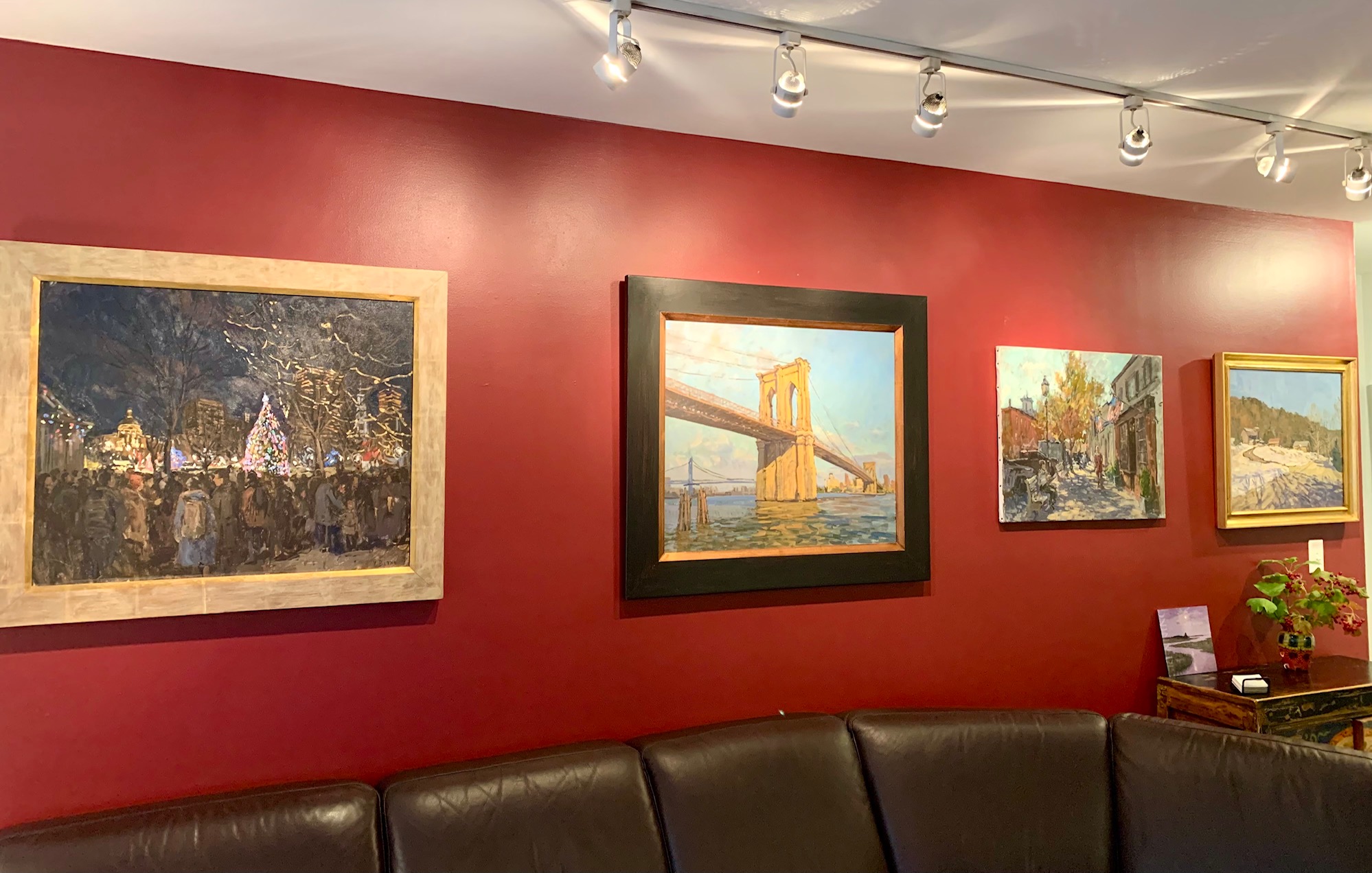 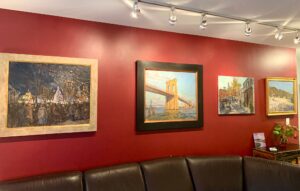 With the 13th Holiday season approaching at Olesya& Jerry Koenig Gallery, we invite you again to visit us in Cambridge from October 25th–December 24th, 2022!

Please RSVP, and we shall be happy to share our collection of Russian, American and Ukrainian fine art with you and offer artworks for the final sale. Etchings, dry points, mixed media, oil paintings & watercolors from Olesya & Jerry Koenig Gallery, many of which were brought from abroad, are on display.

Viktor Butko was born in Moscow in 1978, into a family of well known Russian artists. His maternal grandfather was an artist, Victor Chulovich. His parents, Nikolay Butko and Marina Chulovich also are well regarded artists in Russia. When Viktor was young, he used to watch his grandfather paint and was inspired to pursue a career as an artist. He studied art at the famous Moscow Art School, which is well known for developing a high level of technical skills in its students. After graduating from the School, Viktor studied and painted at the famous Academic Dacha of Artists, which was founded by Ilya Repin. There he worked under the guidance of artists Alexey Gritsay, Alexei and Sergei Tkachev. Their influence guided Viktor toward being a creative “en plein air” painter and an impressionist artist.

Viktor first came to America in 2002. Since then, he has had many exhibitions in the Hamptons and Sag Harbor, New York. He is a member of the Guild of Boston Artists and in September 2022, won their Robert Douglas Hunter Award in a New England Regional Juried exhibition for his en plein air painting “Osprey’s Sunset”. In America, Viktor has painted in Maine, Vermont, Boston, Cape Cod, Sag Harbor and New York. We first met Viktor in September 2022 at the Guild of Boston Artists reception, and we fell in love with his style and vision immediately. What a continuation of the Russian school of impressionism in the United States!

Unfortunately, Olesya & Jerry Koenig Gallery will be closing on December 31, 2022, after 13 years in business, organizing, participating and curating about 40 fine art exhibitions in Cambridge, Brookline, Newton, Boston, Clinton, New York, Washington, D.C., Bath, & York, ME. We thank you very much, our dear friends and customers, for being with us all these years. See you soon!

The exhibition is open by appointment from Tuesday–Sunday, 10AM–8PM, from October 25–December 24th, 2022.