In 2018, Yoni discovered testimony his grandfather, Zygmunt (Ziggy) Litwok, a Holocaust survivor, had provided to the Shoah Foundation. Ziggy described that after the Nazis invaded his hometown, the Jews were notified that the synagogue would be destroyed. Late that night, they snuck into the synagogue, took the Torah scrolls to the local Jewish cemetery, and hid them.

Ziggy wanted to go back and recover the hidden Torah scrolls. However, he did not have the opportunity prior to his sudden passing in 2002.

After hearing this story, Yoni embarked on a journey, to see if he could trace his Papa’s roots and find the hidden Torah. Through a series of improbable events and remarkable people, Yoni found himself in Poland, learning more about his family than he could have ever imagined.

Join Yoni Litwok as he takes you on “The Quest for a Hidden Torah”, a story of incredible perseverance and revelation. 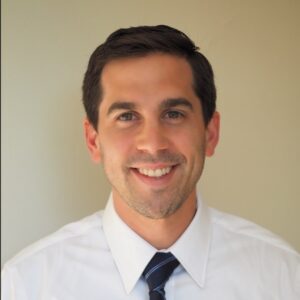 Yoni Litwok
Yoni was born in Israel and raised in Marlboro, New Jersey. He graduated from Brandeis University as an Economics major, and after a brief Wall Street career, switched paths and attended Rutgers New Jersey Medical School. Yoni is currently completing his Cardiology Fellowship at Northwell Health in Long Island, New York.