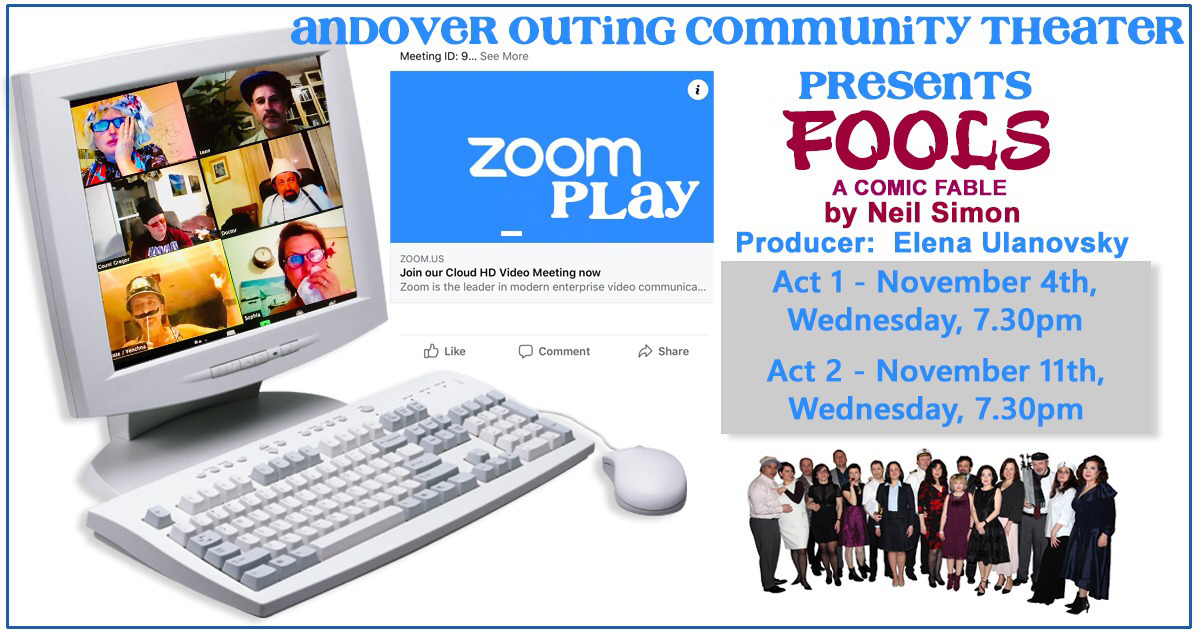 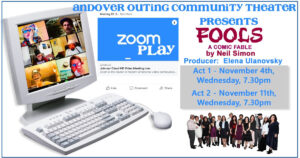 The “Zoom Play” became our signature format after the premier of “Travel Agency” by Elena Ulanovsky performed by Andover Outing Community Theater Group.

The next show on the roster is the famous play “Fools” by Neil Simon.

The premiere of Act 1 will take place on November 4th, 7:30pm followed by Act 2 on November 11th, 7:30pm. Please donate $25 (or more) to the Israeli kids from Ariel Youth Video/Theater Studio and you will get ZOOM LINK to see both shows!

Leon Tolchinsky is ecstatic. He’s landed a terrific teaching job in the Jewish-Ukrainan village Kylenchikov.  When he arrives, he finds people sweeping dust from the stoops back into their houses and people milking upside down to get more cream. The town has been cursed with Chronic Stupidity for two hundred years, and Leon’s job is to break the curse. No one tells him that if he stays over twenty-four hours and fails to break the curse, he too becomes stupid. But he has fallen in love with a girl so stupid, she has only recently learned how to sit down.

“Fools” by Neil Simon is a comedy that is sure to keep you laughing the entire show.

The characters are all very different from each other and our talented actors from Andover Outing Community Theater are showing a whole spectrum of funny and stupid dialogs.

When put onto one stage, their dynamic will be sure to keep you laughing with their foolish dialogue until your stomach hurts.

The play allegedly was written as the result of an agreement Simon made with his wife during their divorce proceedings. She was promised the profits of his next play, so he attempted to write something that never would last on Broadway. Here we are!