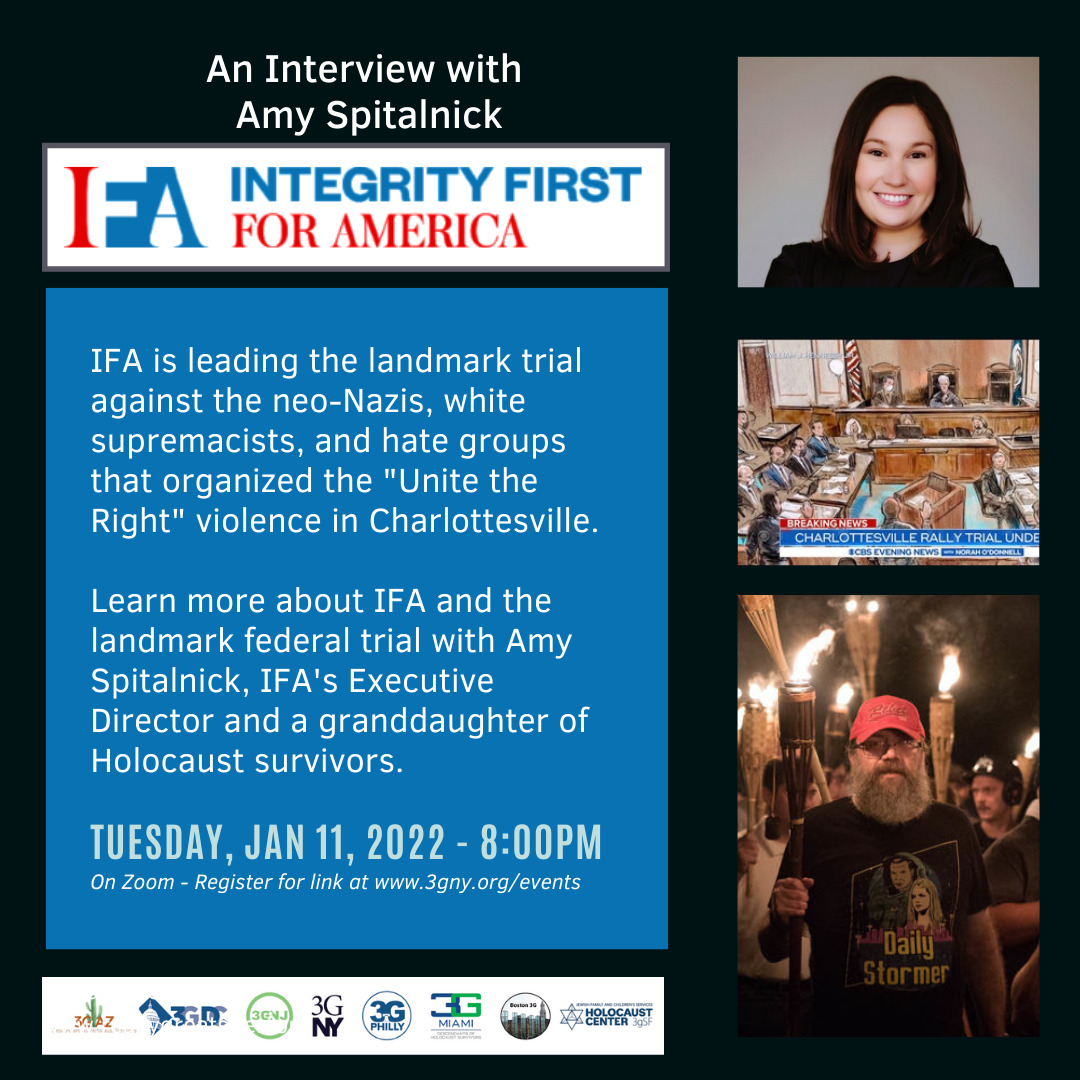 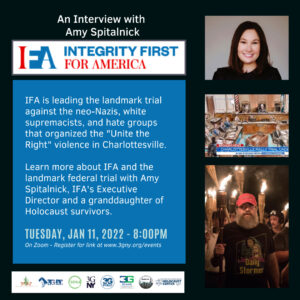 Amy Spitalnick, a 3G, is Executive Director at Integrity First for America. Amy has extensive experience in government, politics, and advocacy, including as Communications Director and Senior Policy Advisor to the New York Attorney General and Communications Advisor and Spokesperson for the New York City Mayor. Amy has been named a Women in Power Fellow at the 92nd Street Y, a Truman National Security Project Fellow, a City & State 40 Under 40 Rising Star, and a NY Jewish Week 36 Under 36 Changemaker.

Perhaps most notably, Amy and the team behind this case were recently dubbed “21st Century Nazi hunters” by the Forward.

This event, sponsored by 3GNY, 3GAZ, 3GDC, 3GNJ, 3GPhilly, 3GMiami, Boston 3G, and the JFCS Holocaust Center – 3GSF is free and open to the public.

Donate to IFA to support the legal team and to keep the plaintiffs and attorneys safe.