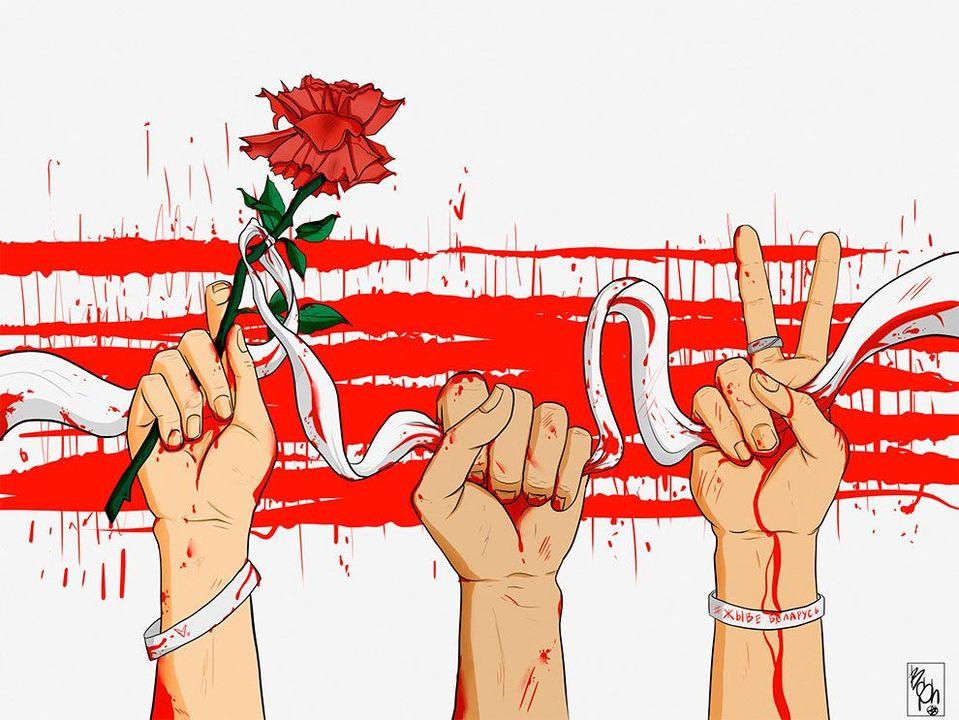 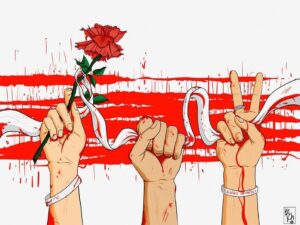 A READING OF THE NEW PLAY BY BELARUSIAN PLAYWRIGHT ANDREI KUREICHIK

Needham, MA – Arlekin Players Theatre, and its presenting partner Cherry Orchard Festival in NY, will present two virtual readings of Insulted. Belarus(sia), a new play by Andrei Kureichik, with English translation by John Freedman. The play will be presented in Russian on Thursday, September 17 at 8:00 pm (Directed by Igor Golyak), and in English on Monday, September 21 at 8:00 pm (Directed by Blair Cadden). Both readings will offer a post-show discussion with the playwright, who is currently in hiding from Berlarus authorities.

The readings will take place online via the Zoom platform. Tickets are FREE, but must be reserved in advance. For more information or to reserve a Zoom spot, visit arlekinplayers.com or call (617) 942-0022.

The readings are happening World-wide through a number of organizations – see full list below. ““I am thrilled that Igor Golyak and Arlekin Players will be the first of over 20 companies in five countries to present “Insulted. Belarus(sia),” a brilliant and important new play, to the public,” says Translator John Freedman. “Written by Belarus’s top playwright as the revolution was happening all around him, it is filled with drama, pain, and hope.”

Andrei Kureichik is a well-known Belarusian playwright and a member of the Coordination Council of Belarus—a group working to lead the transition to a new government and institute free elections in the wake of the falsified election that took place this August and the massive, ongoing protests that followed. Many members of this group are now in prison. Others have been forced into hiding or out of the country. Less than a week ago, while in hiding, Kureichik sent the text of his just-finished play to his translator with a request to quickly arrange readings so that others could know what they were experiencing. Within a week, over twenty theaters have signed on to present readings, and that number continues to grow.

The play tells the story of the first month of the Belarusian revolution, its ups and downs on the eve of the inevitable democratization of the country after 26 years of dictatorship. All characters have real prototypes; in some you will recognize former and current leaders of the country, in others – incredible Belarusians who have gone out to battle the totalitarian machine, sometimes at the cost of their lives, their freedom, and their loved ones. They represent polar points of view in the awakened Belarusian society. The author seeks to understand how the Belarusian revolution differs from Prague in 1968, Russia in 1991 and Ukraine in 2014. He tells of the tragic escalation of violence and repression employed by the authorities to repress freedom-seeking Belarusians with bayonets and clubs, and how solidarity, truth and faith in human values inevitably lead to victory over evil.

Arlekin Players’ Artistic Director Igor Golyak says, “It’s quite gruesome and unbelievable what is currently happening in Balarus. People are being tortured, found in forests, randomly picked up by men with no identifiers as a reaction to hundreds of thousands of people peacefully protesting the falsified election. With the playwright in hiding and afraid for his life, this play needs to be heard now!” Blair Cadden adds, “It’s rare in the theatre to have the chance to tell a story while it’s still unfolding, but thanks to this playwright’s talent and courage, we’re able to do just that. It’s an honor to be part of telling this story, and it’s incredibly exciting to put this virtual medium we’ve all been forced into to its best possible use—as a way to share an urgent, important story quickly and widely.”

Arlekin Players Theatre was created in Boston in 2009 and has since toured to New York, Chicago, and Hartford, as well as to international festivals in Russia, Armenia, Ukraine, and Monaco. It’s current international virtual tour of State vs Natasha Banina has received World-wide acclaim, including the New York Times Critics’ Pick. Arlekin has received multiple awards for its work including four 2020 Elliot Norton Awards from the Boston Theater Critics Association for its recent productions of The Stone and The Seagull. Alekin takes strong pride in their emphasis on self-identity; they are a company of immigrants performing works that play on the ideas of cross-culture, home, and traditions, challenging the idea of nationality, and finding common themes that unite us all. The company makes its home in Needham, MA. For more information, visit www.arlekinplayers.com.

Igor Golyak (Director, Arlekin Founding Artistic Director) received the 2020 Elliot Norton Award for Outstanding Director for Arlekin’s The Stone and was also nominated in the same year for his direction of Arlekin’s The Seagull . He is an Associate Professor at the Boston Conservatory, and has spent over a decade teaching the art of theatre. He is the founder of the Igor Golyak Acting Studio and Artistic Director of Arlekin Players Theatre which has won numerous awards in the United States and internationally. Arlekin Players Theatre is a multicultural, multi-national collaborative that is growing year to year in the number of audience members, company actors, and volunteers. His theatre has been invited to perform on famous stages and at world-renowned festivals all over the world, including Moscow Art Theatre, and festivals in Yerevan, Armenia, New York City, Chicago, Lviv, Ukraine, Monaco, and many others.

Blair Cadden (Director) is a native of Charleston, SC, where she co-founded 5th Wall Productions, a small and scrappy theatre company with a focus on new work. She is currently pursuing her MFA in directing at Boston University. Some of her favorite productions include Spring Awakening (5th Wall Productions), The Last Days of Judas Iscariot (Flowertown Players), Polaroid Stories, and Time Stands Still (BU School of Theatre). Blair has previously collaborated with Arlekin Players as dramaturg for their 2019 production of The Seagull.

Andrei Kureichik (Playwright) is one of the top playwrights, screenwriters and producers in Belarus. Author of some 30 plays, he has 17 credits on IMDB as a screenwriter, 4 as a producer, 3 as a director. His plays have been performed at the prestigious Moscow Art Theatre and Janka Kupala Theaters in Moscow and Minsk, as well as at numerous theatres throughout the former Soviet Union. Andrei wrote a much-read article about the events in Belarus two weeks ago for American Theater magazine. He is a member of the Coordinating Council of Belarus, whose members are called upon to lead the transition to a new government in Belarus. Many of the members are now in prison.

John Freedman (Translator) has written or edited and translated eleven books in the sphere of Russian drama and theater, including Silence’s Roar: The Life and Drama of Nikolai Erdman and Provoking Theater: Kama Ginkas Directs (co-authored with Ginkas), and his play Dancing, Not Dead won The Internationalists’ Global Playwright Contest in 2011. His Real and Phantom Pains: An Anthology of New Russian Drama is the largest collection of Russian plays ever published. He currently holds the position of Advisor to the Artistic Director at the Stanislavsky Electrotheatre in Moscow. He was the theater critic of The Moscow Times from the paper’s inception in 1992 until October 2015. He has been: a columnist for Plays International since 1994; the editor of the Russian Theater Archive for Harwood Academic Publishers (1992-2002); and has frequently contributed to the New York Times and other periodicals.

Cast: To Be Announced